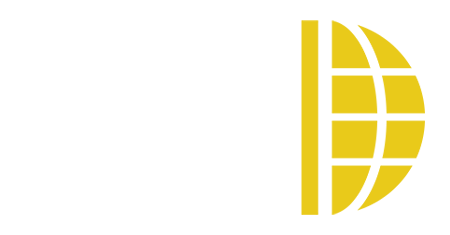 Following the release of the U.K. government’s latest growth strategy, of which foreign direct investment and trade outside of Europe was key, a UK leadership consultancy, the GGI, has just launched the first ever, western, management-training programme in Mongolia, fully translated into Mongolian. This will see the UK company play a fundamental role in a Mongolian public and private sector initiative to boost economic development through greater diversification and skills building.

The GGI’s powerful training programme, called World Class Manager, will be initially launched to 1000 managers in the finance and technology sector throughout Mongolia, called M1000. It will be rolled out in partnership with the Tsakhim Institute of Finance & Technology, to upskill Mongolian managers and enhance business education.

Speaking on behalf the Department of International Trade, International Trade Advisor Mark Higgins says: “To plant the seed of exporting to Mongolia, and to help that seed grow, has been a pleasure. Working with a proactive, inspiring entrepreneur has been a delight and they deserve their success. I look forward to helping the company on its export journey in the future. The Global Growth Institute should inspire other potential exporters to look at less traditional markets.”

Not only does Mongolia sit upon one of the richest mineral deposits in the world, its boasts a healthy youth population and a burgeoning number of graduates. If Mongolia can successfully harness its resources, it could become one of the richest countries on the planet. But to do that, it requires the talent within its workforce to exploit it, as well as diversify the economy by championing other industries. As a land-locked country, Mongolia has always relied heavily on trade, with much emphasis placed on maths education. Its literacy rate stands at an impressive 97% and it is producing between 10-20,000 graduates each year, putting them in a prime position for the world of finance.

The GGI’s objective is to help shape that talent into the next generation of forward-thinking leaders.

M1000, which has already been successfully rolled out in the UK, was chosen for its ability to be deployed immediately, on a national scale. Being a technology-led programme, it has provided a cost-effective solution to challenges posed by Mongolia’s considerable land mass, which has made face-to-face training logistically impossible, until now.

Speaking on behalf of the GGI, Founding Partner Wayne Clarke says: “We’re delighted to work with our partners, TIFT, in Mongolia to launch our programme to managers across the country. We are helping to build the essential management and leadership capability that will help to further strengthen and diversify the Mongolian economy.”

The British Ambassador to Mongolia, was present at the signing of the agreement, explained that this is a notable example of how two countries could strengthen a relationship for mutual benefit.

The management programme is initially focusing on the financial sector but in time they will look to expand M1000 into other industry sectors throughout 2018.

This website uses cookies to improve your experience while you navigate through the website. Out of these, the cookies that are categorized as necessary are stored on your browser as they are essential for the working of basic functionalities of the website. We also use third-party cookies that help us analyze and understand how you use this website. These cookies will be stored in your browser only with your consent. You also have the option to opt-out of these cookies. But opting out of some of these cookies may affect your browsing experience.
Necessary Always Enabled
Necessary cookies are absolutely essential for the website to function properly. These cookies ensure basic functionalities and security features of the website, anonymously.
Functional
Functional cookies help to perform certain functionalities like sharing the content of the website on social media platforms, collect feedbacks, and other third-party features.
Performance
Performance cookies are used to understand and analyze the key performance indexes of the website which helps in delivering a better user experience for the visitors.
Analytics
Analytical cookies are used to understand how visitors interact with the website. These cookies help provide information on metrics the number of visitors, bounce rate, traffic source, etc.
Advertisement
Advertisement cookies are used to provide visitors with relevant ads and marketing campaigns. These cookies track visitors across websites and collect information to provide customized ads.
Others
Other uncategorized cookies are those that are being analyzed and have not been classified into a category as yet.
SAVE & ACCEPT
How to Become a World-Class Manager Book – Coming Soon!Pre-Order Now
+